There have been different theories put forward on the origin of the Salars. The prevalent view held at the moment is that the ancestors of the Salars came from the region of Samarkand in Central Asia during the Yuan Dynasty (1271-1368).
Xunhua County, which the largest group of the Salars live, is a mountainous area situated along the banks of the Yellow River in southeastern Qinghai Province. Although it has a mild climate and fertile land crisscrossed by canals, it is handicapped by insufficient rainfall. Before China's national liberation in 1949, farmers here did not have the capability of harnessing the Yellow River, and the county was often referred to as "arid Xunhua." The Salars are mainly farmers, going in for such crops as wheat, Tibetan barley, buckwheat and potatoes. As sideline occupations, they engage in stock breeding, lumbering, salt-producing and wool-weaving.

During the Yuan Dynasty, a Salar headman bearing the surname of Han was made hereditary chief of this ethnic minority. With the rise of the Ming Dynasty (1368-1644), he submitted to the new rulers and continued to hold his position. He had under him a basic bureaucracy which looked after such things as military affairs, punishments, revenue and provisions. Following the development of the economy and the expansion of the population, the region inhabited by the Salars was divided into two administrative areas, i.e. the "inner eight gongs" of Xunhua and the "outer five gongs" of Hualong, during the early period of the Qing Dynasty (1644-1911). A "gong" included a number of villages, equivalent to the later administrative unit of "xiang" (township).

New organizational setups were introduced during the following years of the Qian Dynasty to step up the control and exploitation of the Salars. During both the Ming and Qing periods Salar men were constantly subjected to conscription, which was an extremely heavy burden on the Salar people.
As the Salars were devout Muslims, the villages were dominated by the mosques and the Muslim clergy. Along with the development of the feudal economy, land became concentrated in the hands of the ruling minority -- the headman, community chiefs and imams.

Prior to the founding of the People's Republic of China in 1949, the landlord economy was dominant. Relying on their political power, and feudal and religious privileges, the Salar landlords maintained ownership over most of the land and farm animals, as well as water sources and oil mills. Most of the Salar farmers, on the other hand, were either landless or owned only a very insignificant portion of barren land. They were subjected to crippling land rents and usury, in addition to all kinds of heavy unpaid labor services including building houses, felling trees and doing transportation work for the landlords. As a result, at times there were large-scale exoduses of Salars from their villages, leaving the farmlands lying waste and production at a standstill.

The language of the Salars, which belongs to the Tujue (Turkic) branch of the Altaic language family, is almost identical with the languages of the Uygurs and Ozbeks, with whom they share the same religion. It contains quite a number of words taken from the Chinese and Tibetan languages as a result of long years of mutual contacts. Nowadays, most young and middle-aged Salars know how to speak Chinese, which is also accepted as the written language of the Salar ethnic group.

The Salar people have a rich and colorful tradition of folklore. Many of the legends, stories and fairy tales sing the praises of the courage and wisdom of the laboring people, and lament the hard lives of the Salar women in the past, as well as their struggle against feudal oppression. The typical folk tune genre is the "Hua'er (flower)," a kind of folksong sung sonorously and unrestrainedly in the Chinese language. However, in most cases it is presented with a sweet, trilling tone due to the influence of Tibetan folk songs. The singers are all able to fill in impromptu words according to whatever happens to strike a chord in their hearts. Significant reforms have been introduced to this form of art since 1949. The Salars now sing to express their rejoicing over their new life. Amateur theatrical troupes, and song and dance groups are flourishing among the Salar people.

Deeply influenced by Islam, the customs and habits as practiced among the Salars are roughly the same as those of the Huis that live nearby. Women like to wear kerchiefs on their heads and black sleeveless jackets over clothes in striking red colors. They are good at embroidery and often stitch flowers in five different colors onto their pillowcases, shoes and socks. Men wear flat-topped brimless hats of either black or white colors, and wear sheepskin coats without linings and woolen clothing in winter. Young men living along the banks of the Yellow River love to swim. Some of the customs and habits of the Salars have changed over the years as a result of social and economic development. Polygamy, for instance, has been abolished, and cases of child marriage have been greatly reduced. The extravagant practice of slaughtering cattle in large numbers for weddings, funerals and festivals has been changed.

Women of the Salar ethnic minority in the past suffered tremendously under religious strictures and feudal ethics. Unmarried girls were not allowed to appear in public, while married women had to hide their faces in front of strange men. They had to turn their faces sideways when answering an inquiry and make a detour should they meet a strange man coming their way. But, in recent decades, Salar women have broken away from such practices and the traditional concept of men being superior to women is slowly disappearing. Salar women are now taking an active part in all local production endeavors. 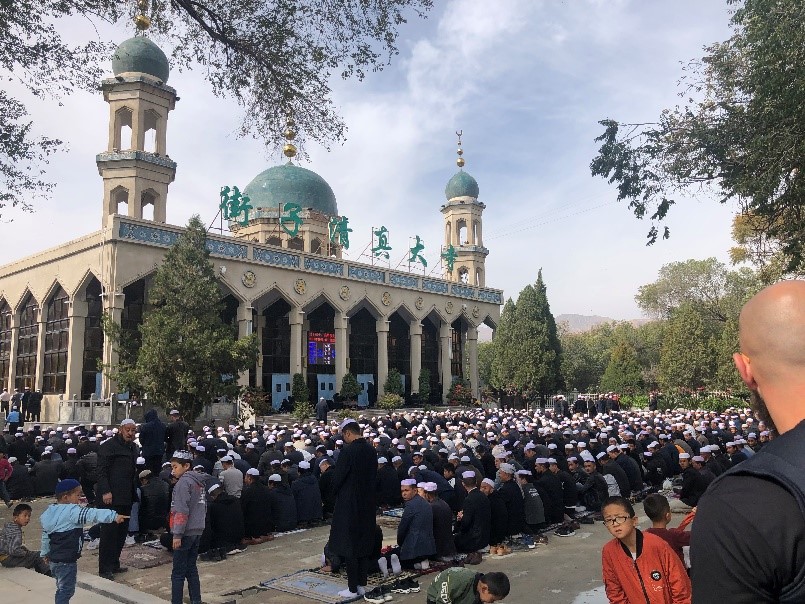 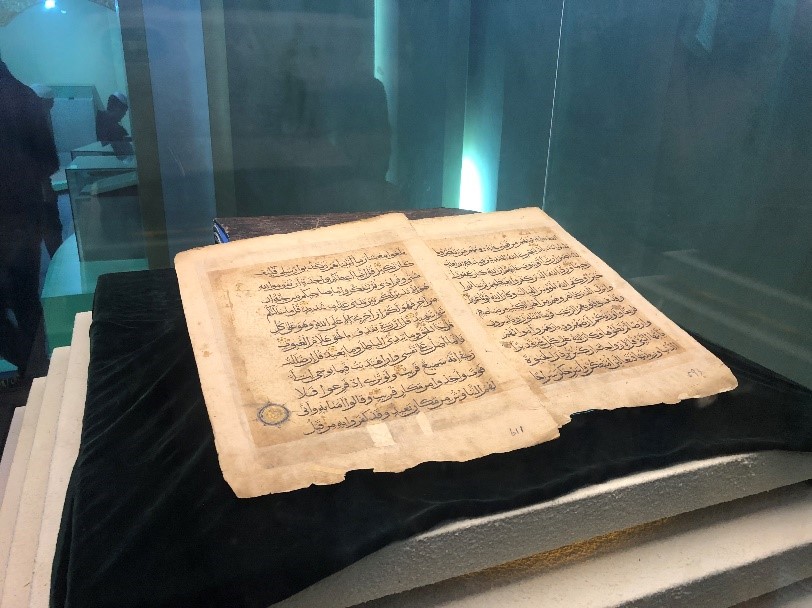