The Ozbek ethnic minority, with a population of 14,800, is scattered over wide areas of the Xinjiang Uygur Autonomous Region. Most of them being city dwellers, the Ozbeks live in compact communities in Yining, Tacheng, Kashi, Urumqi, Shache, and Yecheng.

The name Ozbek first originated from the Ozbek Khan, one of the local rulers under the Mongol Empire in the 14th century. Himself a Moslem, the Ozbek Khan spread Islam in his Khanate. In the 15th century, a number of Ozbeks moved to the Chuhe River valley, where they were called Kazaks. Those who remained in the area of the Khanate continued to be known as Ozbeks, who later formed the Ozbek alliance.

The ancestors of the Ozbek group moved to China's Xinjiang from Central Asia in ancient times. In the Yuan Dynasty (1271-1368), Ozbek merchants often traveled along "the Silk Road" through Xinjiang to do business in inland areas. In the 16th and 17th centuries, Ozbek trading caravans from Buhara and Samar Khan used Yarkant in Xinjiang as an entrepot for business deals in silk, tea, chinaware, fur, rhubarb and other such products. Some Ozbek merchants moved goods to inland areas via Aksu, Turfan and Suzhou (present-day Jiuquan of Ganzu Province). During this period, Ozbeks from Central Asia began to settle in certain cities in Xinjiang, and the number grew with each passing year. Later on Ozbeks also settled in Kashi, Aksu, Yarkant and other cities in southern Xinjiang and a number of places in northern Xinjiang.

The Ozbek people have frequent exchanges with various other ethnic groups in Xinjiang, and have particularly close relations with the Uygurs and Kazaks. The Ozbek, Uygur and Tatar languages all belong to the Tuskic branch of the Altaic language family and are very close to each other. The Ozbek script is an alphabetic writing based on the Arabic letters. The Ozbeks believe in Islam, and their customs, dressing and eating habits are basically the same as those of the Uygurs. 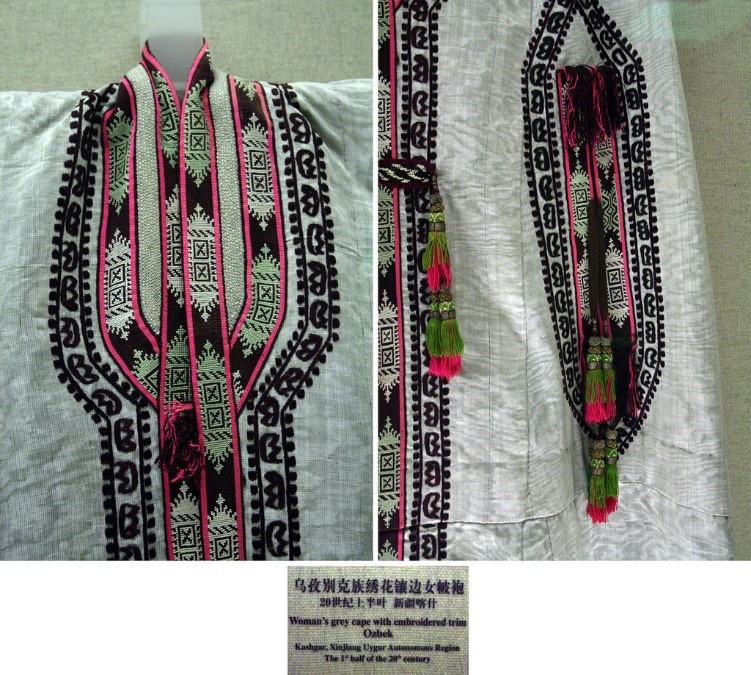