Beijing Niujie Mosque
No. 88, Niujie Zhonglu, Xicheng District, Beijing
The Niujie Mosque is the oldest mosque in Beijing, China. It was first built in 996 during the Liao Dynasty and was reconstructed as well as enlarged under the Kangxi Emperor (r. 1661–1722) of the Qing Dynasty.[4]

The Mosque is located in the Niujie area of Beijing's Xicheng District, the spiritual centre for the 10,000 Muslims living in the vicinity and it is the biggest and oldest one in Beijing. It was within the Xuanwu District before it merged into Xicheng in 2010. Niujie in Xicheng District, where the mosque is located, is the largest area inhabited by Muslims in Beijing.

The Niujie Mosque covers an area of approximately 10,000 square meters. The mosque reflects a mixture of Islamic and Han Chinese cultural and architectural influences. From the outside, its architecture shows traditional Chinese influence and the inside has blend of Islamic calligraphy and Chinese design. The main prayer hall is 600 square meters in area, and can hold more than 1,000 worshipers. The mosque, built out of timber, is home to some important cultural relics and tablets such as the upright tablet of an emperor's decree proclaimed in 1694 during the Qing Dynasty. 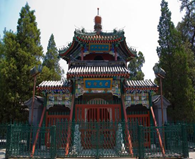 Beijing Nandouya Mosque
Address: No.4, Douban Hutong, Dongcheng District, Beijing
Nandouya Mosque was originally constructed during the Yuan Dynasty. In 2003, the mosque was relocated to its current location which is around 100 meters from its original location due to the development of the city.

The new mosque was constructed with a cost of CNY8 million, collected from the Beijing City Government and donation from local Muslims. The mosque has a capacity of 200 worshipers and spans over an area of 1,600 m2. It was built with orientation facing east and west with an Islamic lintel topped with a crescent moon on top of it. 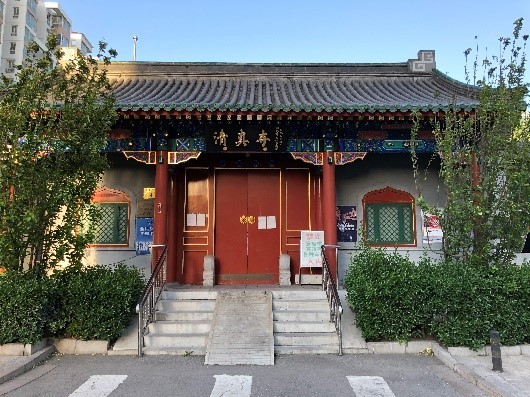 Beijing Dongsi Mosque
Address: No. 13, South Street of Dongsi, Dongcheng District, Beijing
According to local legends, the mosque was built during the Liao dynasty when Beijing was the one of the secondary capitals of the Liao. However, records suggest that the mosque was constructed in 1346 during the Yuan dynasty. The mosque underwent expansion and renovation in 1447 and again in 1486.

The mosque survived a fire in the late 19th century but suffered damage. Comprehensive repairs were done to the mosque throughout the 20th century. The mosque consists of two gates, a minaret, a prayer hall and a library. The prayer hall has Quran carved on the arches of the hall and can accommodate up to 500 worshipers. On the southern part of the courtyard there are five wing halls and on the northern part there are three wing halls. The architectural style of the mosque has features of Ming Dynasty. Located on the southern part of the courtyard, the library has various version of the Quran. 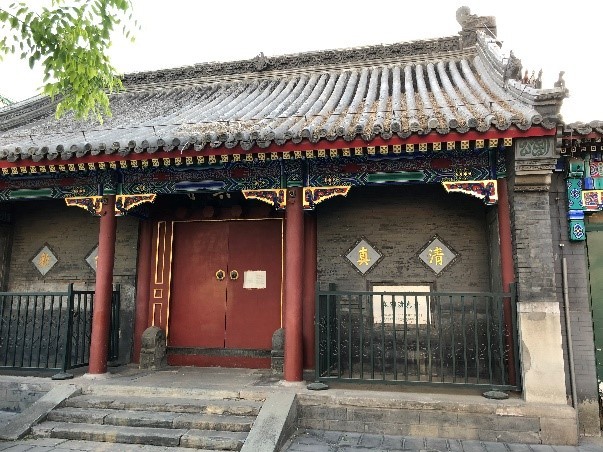