Jinniu Street Mosque
Address: No. 41, Jinniu Street, Panlong District, Kunming
Jinniu Street Mosque was constructed by Hui Ethnic group during Yuan Dynasty (1271-1368), and it was rebuilt and enlarged for several times. The prayer hall is a combined by wood and concrete, and it can hold 200 people to pray at the same time. This mosque is the only one well preserved Chinese architectural style mosque in Yunnan Province. 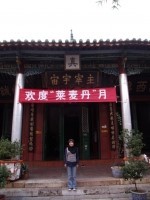 Kunming Yixigong Mosque
Address: No. 4, Nanchang Street, Wuhua District, Kunming
The Yixigong Mosque was completed in the year of 1898. It is located at center of Kunming City, and it attracts numerous numbers of Muslim come here look for inner peace. 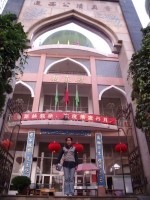 Shuncheng Street Mosque
Address: Dunren Xiang, Shuncheng Street, Kunming
Kunming Shuncheng Street Mosque is one of the most famous mosques in China, and the Islamic Association of Yunnan Province also located here. It was built in the year of 1425 during Ming Dynasty(1368-1644) and was rebuilt and enlarged many times during Qing Dynasty(1644-1911). The current mosque covers an area of 10,000 square meters, including the prayer hall, wudu area, offices, wing-rooms, rest area, dining hall and other facilities. 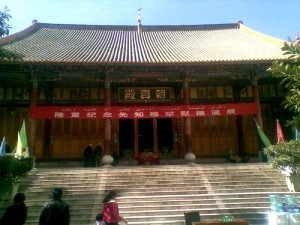 Kunming Chongde Mosque
Address: Dongsi Street, Wuhua District, Kunming
Chongde Mosque is in a five-floor Arabic-style building, which covers an area of 2,500 square meters, it is a new type of design and has become an attraction in Kunming. The mosque starts from the third floor, the female prayer hall is on the fourth floor, and male prayer hall is on the fifth floor. Besides, there is a garden on the roof top. 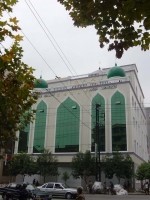 Kunming Yongning Mosque
Address: No. 153, Jinbi Road, Kunming
Yongning Mosque was built in Yuan Dynasty(1271-1368). The current building left was rebuilt in the year of 1898. The layout of the mosque is a quadrangle courtyard. Entering the gate is a spacious yard. The prayer hall covers an area of 200 square meters. In front of the hall is the Juanpeng-style porch. Opposite the hall are the wing-rooms, which serve as the rest room for people after they prayed. In the sides of the hall are the meeting room and class room.

Kunming Nancheng Mosque
Address: No. 18, Zhengyi Road, Kunming
Nancheng Mosque is the largest mosque in Kunming. It was built in Tang Dynasty (618-907) and was rebuilt many times during Qing Dynasty(1644-1911). The architectural style is traditional Chinese style. The current existing buildings was rebuilt in 1996, which covers an area of 2,557 square meters. The major constructions are the Chaozhen hall, and Xuanli tower. 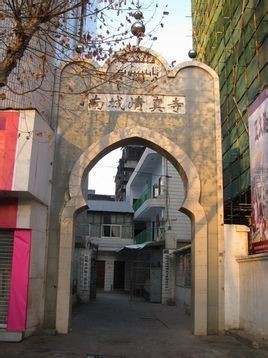