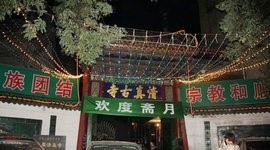 Jiang'an Mosque
Address: No. 83, Yongheli, Erqi Street, Jiang'an District, Wuhan
Jiang’an Mosque was called Liujiamiao Mosque, also called Erqijie Mosque, it was started from a simple mosque built on 1918. In 1920, local Muslims raised fund and bought a small building next to it and used as a new mosque, however it was destroyed in 1937 by war. Then local Muslims raised fund again and purchased the building at current location and restore the mosque. In 2002, municipal government decided to renovate it as it too old to use, and the renovation was completed in 2006. 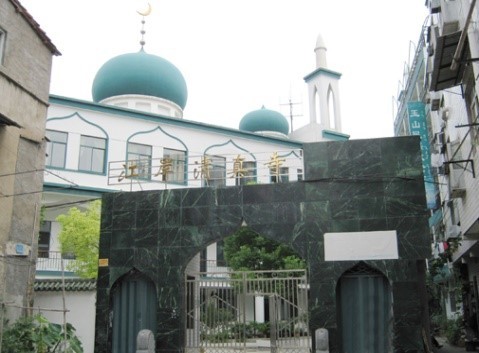 Now the mosque is facing south, with an area of 530 square metre. It was three floor brick building, with Arabian dome style, the construction area is 750 square meter. The base floor is parlour, water room, sacred relic room; second floor is scripture study room and preaching room; third floor is the bethel hall, can accommodate more than 300 people. In 1986, the government expand the building to 5 storey, increase in room furniture, and newly renovated. Now the mosque has become the activity center of the Muslims in the city, also the bethel for foreign Muslim friends.
Back To List
Start To Plan Your Holidays Today!
You can now customize your halal tour with your friends and family.
Plan perfectly and create beautiful memories now with Halal Tours.
Contact Us Now